Empowering Students to Excel in the Workplace

How Bioscience High School contributes to their community 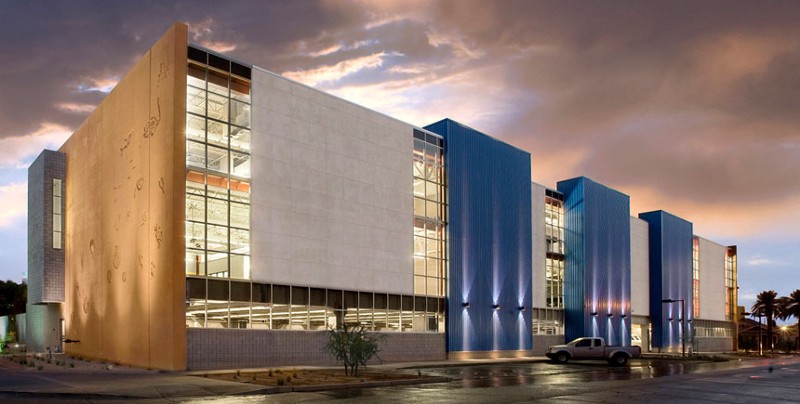 In 2000, state leaders set in motion their vision for developing Arizona as a global bioscience research center. While this foresight included revitalization efforts, leaders realized that developing Phoenix as a competitive bioscience sector for the future would require a massive educational shift. In launching a biomedical campus in the heart of downtown, Phoenix Union High School District (PUHSD) leadership joined the initiative by developing a highly specialized science high school and locating it in Phoenix’s biomedical footprint.

Bioscience High School (BHS) was deemed “one of the most amazing in the world, ranking the site 27th out of 30 high school campuses recognized for impressive architectural design” by AZCentral.

“We empower students to thrive in college, to excel in the workplace, and to make a difference in the world,” says Dr. Holly Batsell, Principal of Bioscience High School. As a highly specialized science school, students simulate real-world workplace engagement by taking expeditions, learning as practitioners themselves and following a competency-based model.

In this interview with Headrush, Holly discusses her own “learning journey” as a fourth year principal at Bioscience. Coming from a relatively large, traditional school, Holly’s experiences in a small school environment have been “very rewarding and exciting,” and prove more responsive to urban students’ educational needs.

This learner-centric movement is catching on in Phoenix as BHS models the rigorous, collaborative and innovative learning environment built to meet the needs of a future workplace. In developing literacy in the sciences, mathematics and the arts, BHS cultivates “critical thinkers, creative problem-solvers, and compassionate citizens, who are able to thrive in our increasingly complex and technological communities.” 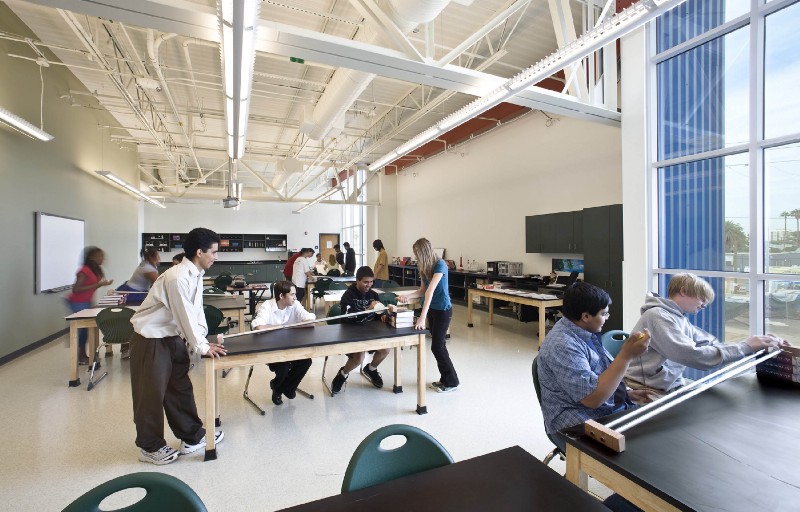 So tell me a bit about Bioscience and the impetus for this progressive program.

The school was established 12 years ago by the PUSHD leadership. They wanted to make sure that students were getting real world experiences and crossing the boundaries of traditional classrooms. To do that, the district leadership integrated horizontal learning across the curriculum and implemented a sustainable transformation framework project. It’s an annual capstone project in which the students can keep the same topic over four years or choose a new focus every year.

What does the capstone project teach students exactly?

It’s an example of true problem-based learning which starts with identifying a problem, analyzing it, and then writing a challenge statement in which they map out all the relationships between the different drivers and the problem. The next step is contacting actual stakeholders of the problem such as legislators, business people, or community members to learn more about the issue. The result of these encounters is an intervention matrix in which they weigh the pros and cons of trying different interventions and decide which should be applied. No matter how successful this last part is, the students evaluate what went well, what didn’t go well, and what they would do next time. Ultimately, they present their findings to their stakeholders and to the community in “exhibitions of learning” at the end of each year.

Does your school still abide by state standards or have you developed a custom curriculum and targets?

We are part of the Phoenix Union High School District, so we do have some restrictions. However, they’ve given us the freedom to organize our time in order to focus on the workplace, problem solving, and critical thinking rather than on other discrete content. One of the things I feel I’ve helped with in the last three years is vertical integration to link our first-year kids with what we want our graduates to become. We’ve built a viable curriculum integrating the state and district standards, like the New History Standards, the Next Generation Science Standards and the English College and Career Ready Standards. On the other hand, we don’t have a typical schedule for each grade. The teachers create weekly or monthly calendars based on their needs. We’re also implementing competency-based grading, and moving away from percentage and points to instead evaluate students on five-to-seven competencies per semester.

Is your school STEM-based?

Yes, we are mostly focused on science. Students learn methods of scientific inquiry their freshman year and they then move on to biochemistry the following year. As juniors, they specialize in either the engineering or the biomedical pathway. That means that for their last two years, they’ll be either taking physics and engineering design or anatomy, physiology and epidemiology. Math classes are tailored to their needs and focused on helping them with physics or with biology. The students’ electives are also essentially extra science classes, but we do offer three years of Spanish.

I saw something about Dragon Training, which sounded fun and intriguing. What is it about?

Because our school is so different, we do a lot of parent and student orientation to make sure that they know the ins and outs of the program and what makes us different from most schools. The Dragon Training is a four day long summer program for incoming freshmen led by some of the upperclassmen. The younger kids take their Spanish Placement test and get their IDs, but they also take part in bonding activities and make friends. The students do self-assessment and reflection activities as well. We’re an all honors curriculum school, so almost all of our classes are very demanding. We just want to make sure that the kids know what challenges await them when they come to us, but that they’re also aware of the rewards which make trying worth it.

Yes, parents have to attend academies too. Before their kids can even apply, the parents come to an orientation activity where we go over details, like laptop rules, the grading system, and the field trip agreement. Later on, we have more parent academies, like when the first grades come out. We even have an agreement with ASU where they come in and do a college prep called the American Dream Academy. It’s an eight week parent and student Academy about how this college works, how students can prepare for it, how they can apply, and what kind of scholarships there are.

So have you run into any roadblocks or challenges implementing this unique curriculum as a school?

Sometimes, parents don’t understand. For instance, some of the grading is very different, like in our math classes, which are problem or project based learning. The teachers give the students real world problems and ask them to struggle through and get a conceptual understanding of the theory. At home, the students might say they don’t have a textbook and they’re not working from such and such problems, which can make some parents worried. That’s why we try to educate parents as much as possible.

Would you have any advice to share with schools who are hoping to incorporate more 21st century, progressive learning experiences into their curriculum?

I would say visit other schools, see what’s out there, make connections with people, start with a small coalition of the willing. I recently participated in a cool program through Teach for America in which you apply for the schools you want to learn from, you visit them and you learn from them. We’re going to apply to have people visit us next spring. So if you can’t go to another school, bring in people.

At the moment, we’re working with Anthony Reibel who is an administrator at Adlai Stevenson High School in Chicago. They have competency-based grading, and I remember that when we first tried to implement our own system, nothing was really working for us. It was a huge game changer for us to bring somebody in, because he really helped us focus on those core competencies. It made us realize that that across their four years, the kids can continue to work in a new way with different content to meet those competencies and acquire transferable skills.

Finally, give your teachers plenty of planning time. I have teachers in the summer who work together then so they can have a sustained focus on problems and find solutions to them. All in all, you can start with a creative schedule and just one team of like-minded people who want to work together and try something different. 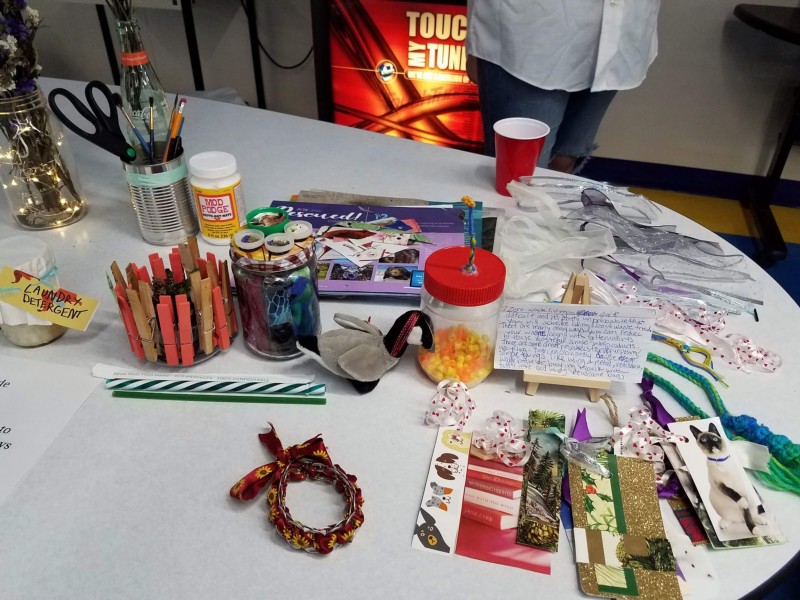 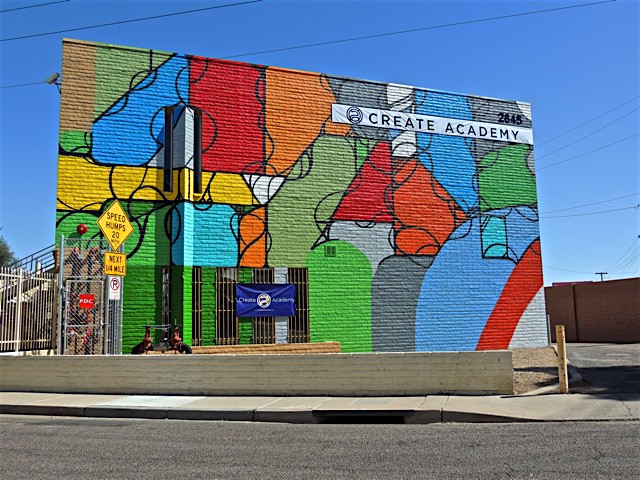 Arts integration as a catalyst for project-based learning