Where students direct their own learning

Travis Augustine began teaching for Class Act Charter School, a progressive model of change and innovation, in 2016. He quickly adapted to their learner-centric, project-based pedagogy, known to “empower students to seek meaningful experiences as independent learners and problem solvers.”

“We don’t differentiate by grade level or teacher or anything like that,” explains Travis. “We say we’re all learners, we’re all students and we’re all teachers. So sometimes the kids are teaching me something and I’m the student. And that’s perfectly okay. We operate more like a big family.”

Through field experiences and service learning, Travis shares how the students of Class Act rely on much more than a textbook for their studies. Community partnerships serve as the best resource for student learning experiences, and provide practical, hands on lessons in the Chequamegon-Nicolet National Forest and beyond.

Here Travis gives HEADRUSH some insight on Class Act in action. Did I mention that Class Act students have transformed an old school bus into a mobile Science lab?

But more on that later…

So you’ve been teaching at Class Act for three years now?

Yes. Three… Fresh out of college, I graduated in December of 2015 and started here in January of 2016. So this is literally my first posting.

So what is it like to come out of teacher training and jump into a PBL, inquiry-driven school?

I had no idea what I was getting myself into. But by the end of the first two months, I thought, Why didn’t this exist when I was in high school? There has been a lot of unlearning for me, unlearning the concept of being the sage on the stage, because while what they’re teaching at university does apply, it’s applied differently here. I realized I don’t have to know everything and am becoming comfortable with the concept that the students are going to be working on things I may not know anything about… And that’s okay.

Give me an example of a project happening right now that your students are spearheading.

I would say, we are very proud of our mobile Science lab. That project started two years ago… Since we operate out in the field, we recognized we can only take a couple of kids at a time because we don’t have enough space to transport both students and gear. Because of this, we were feeling limited in being able to do what we wanted to. And we got to asking the question: How do we get our own mobile lab? So the first year of that project the kids spent researching what a mobile lab is, and laws in terms of what what’s allowed. So students researched and prepared before going to the school board with a budget and plans and designs saying, We would like you to give us a retired bus so that we can do this to it. After presenting their plans and research,the school board gave us the money and a retired school bus. 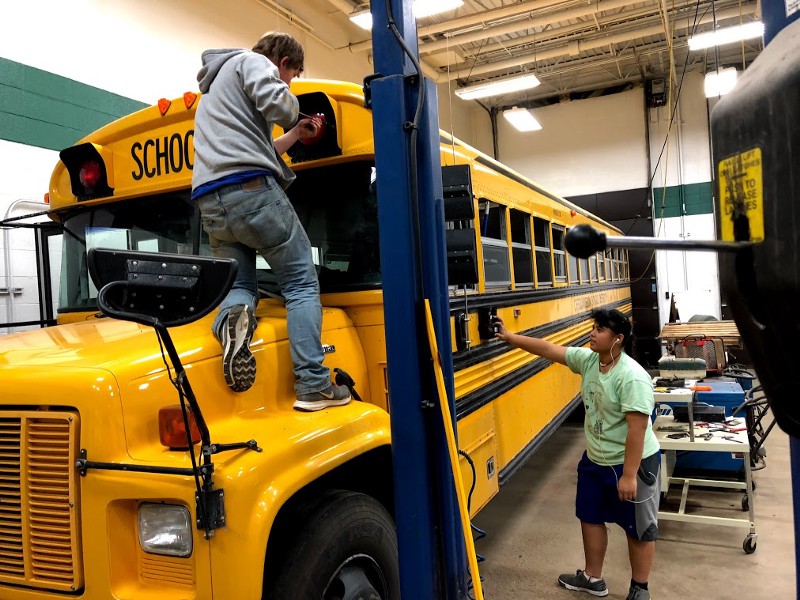 That’s incredible… So your students actually got their hands on an old school bus to turn into a mobile lab?

Yep. Last year we we used it like a normal bus for the first half of the year just because we wanted to get out and about and we knew we’d be trapped in the winter. We started working on the lab in late November with the auto shop teacher. We were able to pull the bus into the auto shop and we spent the entire winter removing the back third of the seats, mounting cabinets, fixing rust so that the bus would pass inspection, sanding the whole thing, removing all the reflectors, painting the thing by hand because it couldn’t be yellow anymore. We ended up making an emergency run to Rhinelander to get the license plates for it so they could present the new mobile lab at the ISN conference so they could present the lab to educators from across the country. I mean, it was an absolutely amazing experience watching this project from beginning to completion. 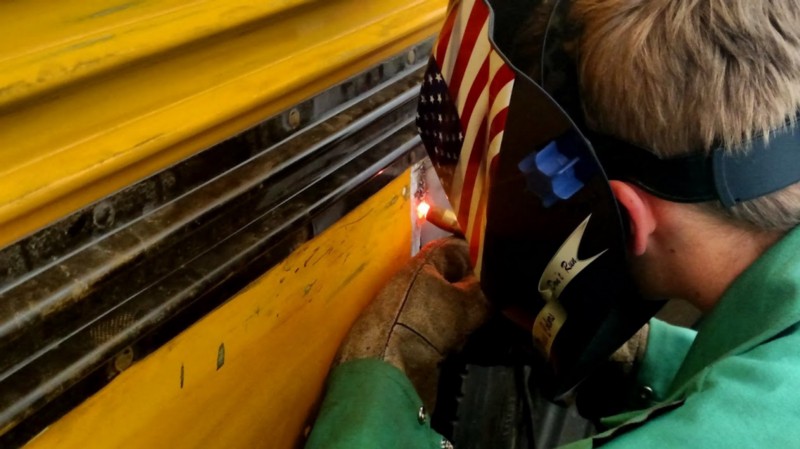 So is the mobile lab in action?

Well, we’re not done yet. The current phase of the project is operational: We’ve got all these labs, we’ve got these microscopes, but we have no internet. We have no power to run the microscopes. So now our students are looking at building a portable energy source that could run those microscopes. So we’ve got version 1 complete. Now we need to upgrade it to version two. 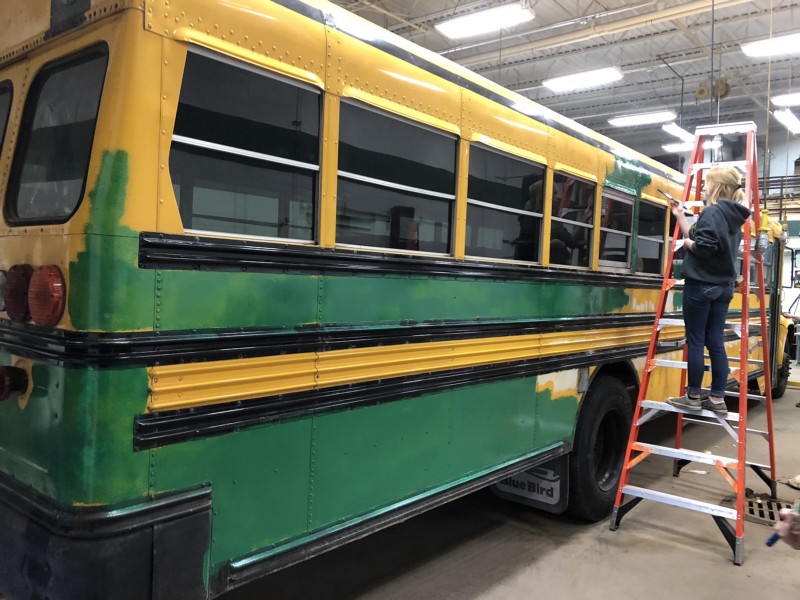 Talk about seeing the fruits of your labor. The students must revel in pride from this type of learning.

Yes. It’s problem solving, it’s critical thinking, it’s figuring out through research the laws associated. It is figuring out, How does this have to be mounted in order to pass inspection? And then figuring out a way to work within that law. The students learn how to not let something stop them.

I’m sure that builds a lot of resilience as well.

Yeah, for example, students ran into compliance issues and had to overcome those. The bus plans were based on a law that was going to be passed that would bring Wisconsin law in compliance with national federal laws and that law never passed. So we were stuck. So we had to work with the D.O.T. and their lawyers to get an exemption. Incredible. But it was down to the wire. The students went to the DOT lawyers and they said look you know we’d have to pass this law at some point in order to be in federal compliance. They built it based on the fact that we told them this law was going to pass. And they they granted us an exemption. It’s the only mobile lab in the state that can exist legally right now because we were granted an exemption. 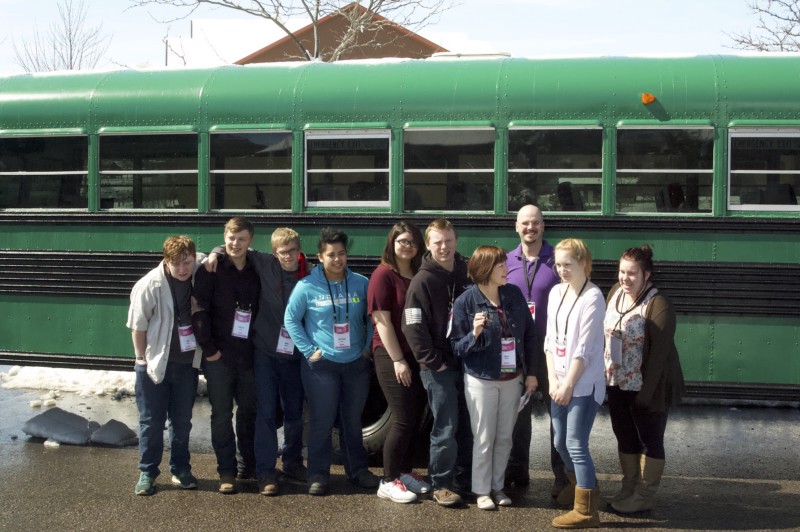 Incredible. So a lot of schools are implementing student-led programs now. What is unique to the Class Act community?

Inclusivity. The students really teach each other and work with each other since we don’t differentiate by grade levels. We don’t have seniors who are like, “I’m not working with you. You’re a freshman.” Our students are inclusive. We have morning meetings where we’ll talk about the day and discuss if there’s any problems that we need to solve.

What externalities have you had to deal with in offering this unconventional model of learning?

I would say misunderstanding. The biggest thing that we run into is people not understanding what we do. There’s just a struggle sometimes for others to understand that, yeah, we’re different. We do things differently. But it’s not a threat. It’s just we’re innovative. We try things and learn by getting our hands dirty and there are people that really don’t understand that. I would say that in my opinion the biggest growing pain is communicating what we do and why.

Do you find it hard to legitimise project-based learning as a model?

We’ve got people in the community who are absolute advocates for us and they will move heaven and anything else in the way to support us. But it’s very easy for others to point fingers and say, well, we could never apply that at our school or we could never do that with state and district standards. But it’s hopeful that more and more schools have proven otherwise. There’s a quote on our wall that I think sums it up perfectly. It’s “Six plus three equals nine, but five plus four also equals nine. There is more than one way to get somewhere right. Respect others’ way of thinking.”

How has HEADRUSH helped with PBL implementation at your school?

Before HEADRUSH we felt some frustrations with other services because the kids felt that it boxed them in. Whereas HEADRUSH allows students to make their tasks move around and helps students see things in ways that make sense to them. That really helps them to understand where they are within their project and it really helps. From the standpoint of teachers, when we sit down and look at their projects, we can go OKAY. You’re working on this, you’re working on this, and this is what task you’re doing. And it really gives us a lot more room outside of the box if you will. HEADRUSH makes it easy to manage student project work because it really is just that flexible.

So what piece of advice then would you give to schools who want to transition to PBL? 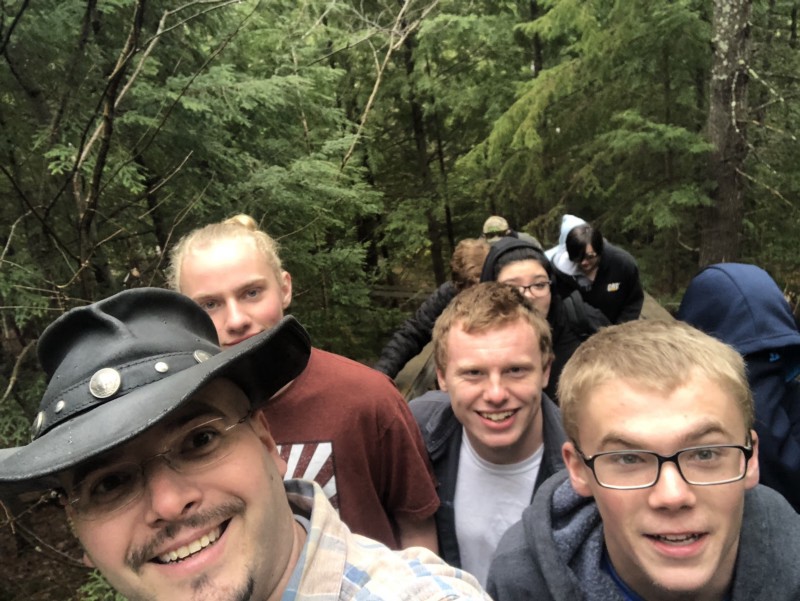 Thanks for chatting with HEADRUSH! We can feel your passion for teaching.

I absolutely love what I get to do. I will never tire of it even on the days that for whatever reason didn’t go right because it’s such an engaging and energizing environment. I’ll never stop caring about students. It is just who I am. And I don’t anticipate that will ever change. 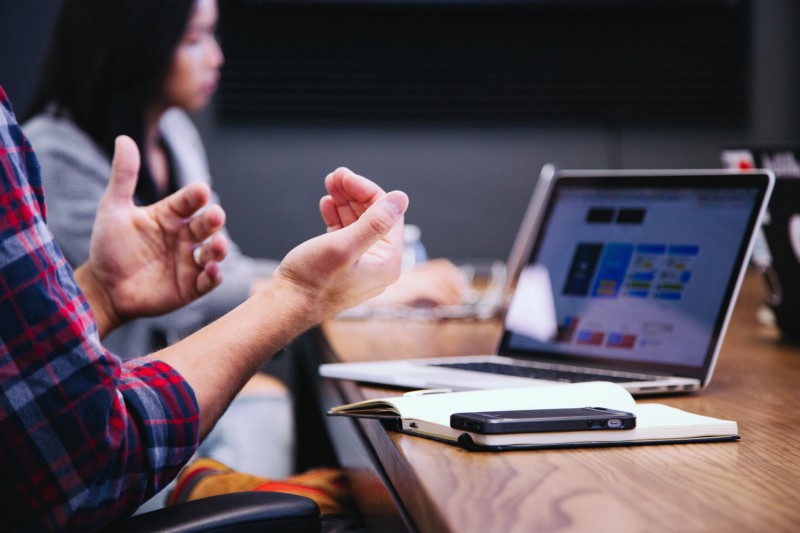 Paving the path to PBL
Next: 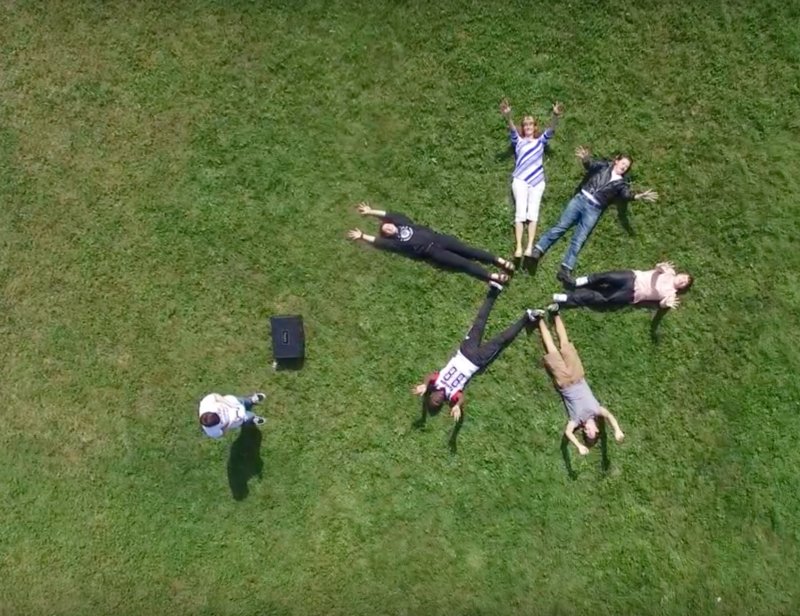